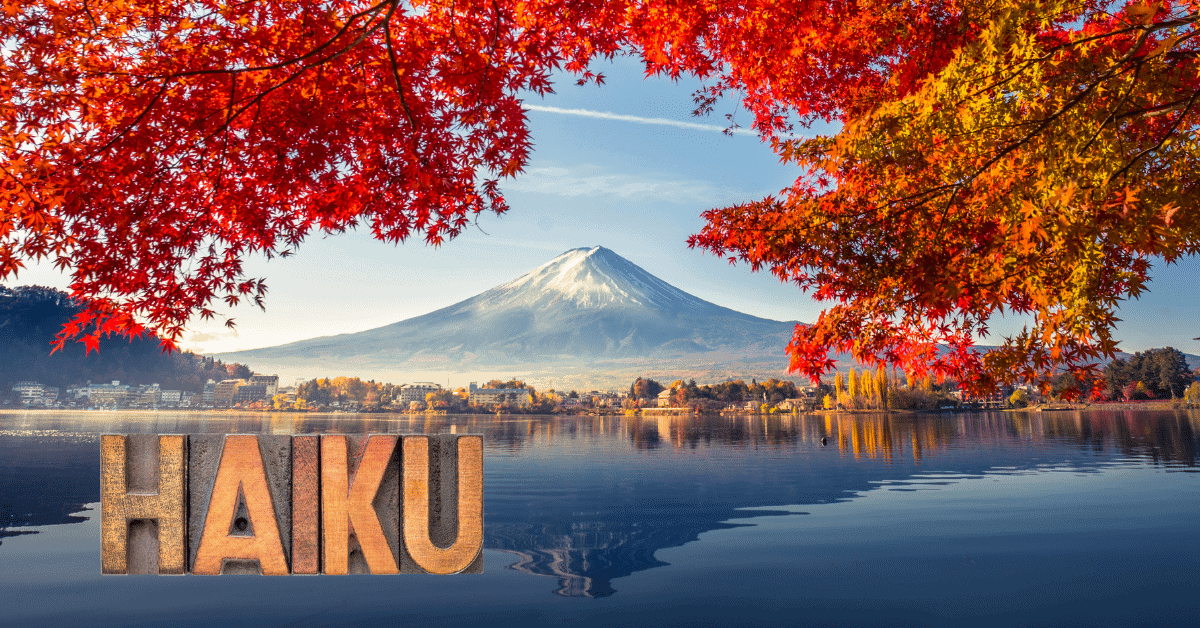 When most people think they’re writing a haiku, they’re actually writing a form of poetry called senryū. Both are Japanese styles of poetry, and both are very similar in construction, but they’re not the same.

Most poetry experts have come to accept that haiku has taken on a much larger meaning as the art form has spread around the planet – but if you want to be correct in the classical sense, it’s important to know the difference between haiku and senryū. In this post, we’ll take a look at what differentiates the two styles of poetry..

Haiku is a short, unrhymed poetry style from Japan, and most people will know that traditional haiku are composed of three lines made up of 5, then 7, then 5 “on” or “morae” (roughly translated to “syllables” in most discussions).

Generally speaking, haiku include a kireji, also known as a “cutting word”. There’s no direct English translation for kireji, and even defining it can be a bit of a challenge. At the end of a verse, it offers a sense of closure – and in the middle, it can divide the stream of thought, separating independent thoughts or dividing the poem in a way that challenges the reader to think about the relationship between the parts.

Haiku tend to be about nature and frequently include a kigo. Kigo is a term specific to Japanese poetry, and it’s actually quite a bit newer than either  haiku or senryū. Some estimates say the term was coined as late as the early 1900s.

Kigo refers to a word or phrase linked with a particular season, allowing for even greater economy of expression (which is quite helpful when you’re working with just three lines). It’s often very dependent upon local cultural understanding to convey the full meaning. If you don’t know where the poet is from and what the kigo is referencing within that framework, you won’t truly understand the poem.

Examples of kigo in English:

This roughly translates to:

A frog jumps in—

the sound of water.

Most, but not all, haiku by classical poetry masters like Bashō and Kobayashi Issa have included the use of kigo (but both have written a very small number without).

There is a small movement within the Japanese poetry community that deviates from 17 on and does not always use nature as a subject, but on the whole, classical haiku writing sticks with the classical format.

For more information about haiku, this video offers a much more in-depth discussion than what we could write in this relatively short post – and from some of the world’s most respected experts in the form.

Most English-language (and other language) writers of haiku use the 5-7-5 model for writing their poems, but do not closely adhere to the tradition of writing about nature, using cutting words, and using kigo. Which means…

Where haiku focus on nature, senryū focus more on human foibles, often with a dash of cynicism or humor. Both haiku and senryū typically follow the 5-7-5 pattern, but senryū do not include a kireji (cutting word) and usually do not include a kigo (seasonal reference).

Basically, the haiku is a relatively strict, classical creation, while senryū is its younger, more relaxed brother.

If you don’t speak Japanese but you want to learn more about haiku or write some of your own, we recommend one of the many great haiku organizations around the world:

Most of these organizations know and recognize the difference between haiku and senryū while encouraging the creation of both. Many of the contests sponsored by these groups either accept both or have separate categories for the two.

You may also enjoy participating in NaHaiWriMo, or National Haiku Writing Month. The goal is for participants to write one haiku each day for the month of February, and February was specifically chosen because it’s the shortest month (to go along with the short format of the poems).

Have You Written Haiku or Senryū?

We encourage everyone to give this time-tested art form a try. Though it may seem simple, the constraints require creativity and economy of words. It’s harder than it sounds! Feel free to share your creations in the comments.