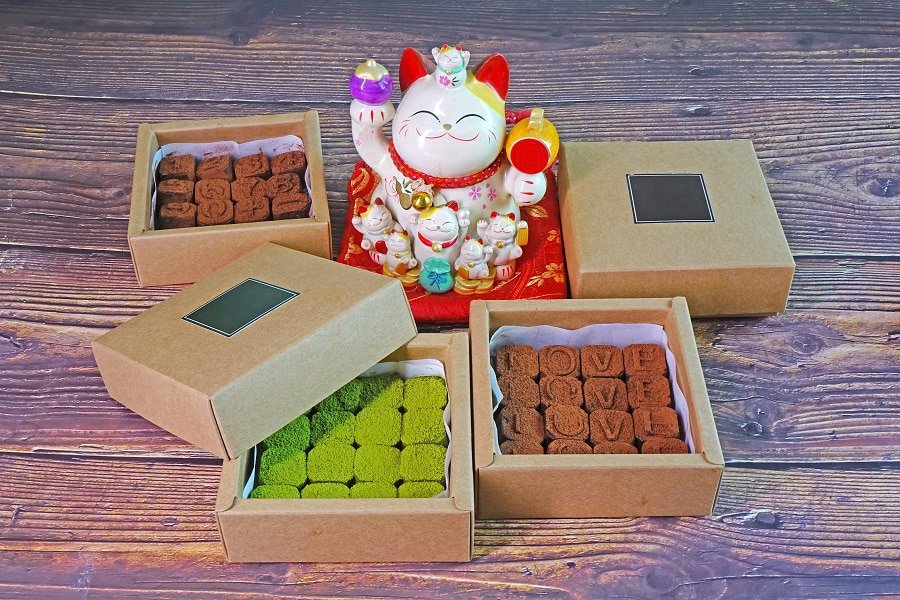 Most well-traveled, culturally-aware people will know that holidays are not universal. As we approach February 14th, you might wonder: Do they celebrate Valentine’s Day in Japan? And if so, how is it different?

Valentine’s Day in Japan: The Basics

Most of our readers will be familiar with the Western way of celebrating Valentine’s Day. Generally speaking, it’s a holiday where romantic partners either gift equally, or where the male gifts the female (that all depends on relationship dynamics).

In Japan, it’s something entirely different. Valentine’s Day is a day where women acknowledge and appreciate the men in their lives. While it’s primarily a romantic holiday in most Western countries, it has both romantic and platonic traditions in Japan.

Valentine’s Day was initially brought to Japan in the 1930s when a confectioner, Morozoff, placed an ad that targeted foreign residents of Japan. Other companies would attempt to ignite the Valentine’s Day flame in Japan, but it wasn’t until the 1970s that it found its place. It was promoted as a holiday when women or girls would give inexpensive chocolates to the opposite sex to express their interest – similar to the tradition of “Sadie Hawkins” dances in the US and Canada.

At the time, it was quite uncommon for Japanese women to express themselves like that, so the idea took hold. Since that time, it’s gotten a whole lot more complicated – and expensive.

What are Giri Choco & Honmei Choco?

There are two main types of Valentine’s Day chocolate in Japan, based on who you’re giving them to and what they are meant to convey.

“Giri choco” loosely translates as “obligation chocolate”, and it’s a simple gift of appreciation given to friends, bosses, co-workers, family members, and other men who aren’t viewed as romantic partners. It does not convey any romantic intent.

“Honmei choco” loosely translates to “real objective chocolate”, and this is chocolate reserved for a boyfriend, husband, or lover – or someone you’d like to see in that position.

Honmei choco is typically either more expensive and elaborate, or handmade. This helps to differentiate it from the less extravagant giri choco (and avoid any awkward and painful misunderstandings).

Because so many women choose to make their own honmei choco, you’ll notice that many stores sell chocolate making supplies alongside pre-packaged chocolate options.

Other Types of Valentine’s Day Chocolate

It’s only natural that as the holiday became more popular and well-established, other types of giving would arise. Aside from the two main types of Valentine’s Day chocolate, there are a few others worth knowing about:

What About the Men?

So at this point you might be wondering – what kind of holiday is this? Are women really expected to give chocolate to everyone, while the men just sit back and eat it?

White Day began in 1978 when a Japanese company introduced “Marshmallow Day” in an effort to promote their marshmallows. They encouraged men to buy marshmallows for women who gave them gifts on Valentine’s Day.

Now, on March 14th, men buy gifts for the women who gifted them chocolate on Valentine’s Day. They’re not limited to marshmallows or chocolate, though. Gifts could include handbags, lingerie, cookies, jewelry, clothing, or flowers.

It’s one thing when it’s a woman you really like, but it’s quite another to have to buy something for every woman at your office. Many men choose to bring in cookies for the women of their office, since that’s a relatively simple and affordable way to acknowledge their gifts of chocolate.

As you might expect, the implied obligation of Valentine’s Day chocolate causes some men to have a dim view of the holiday. A bit of chocolate and appreciation is nice, but having to buy return gifts for all those women can be time-consuming and expensive.

Women have also felt the strain of the holiday, as it can be very expensive to buy giri choco that is “good enough” to avoid offending bosses and senior colleagues. Some companies have begun to ban the practice to help everyone avoid the stress and potential for misunderstanding.

Some people have decided to focus instead on honmei choco for a romantic partner, jibun choco for themselves, and tomo choco for close friends. That way, everyone gets to enjoy chocolate, but without the stress of buying for less familiar acquaintances and colleagues. 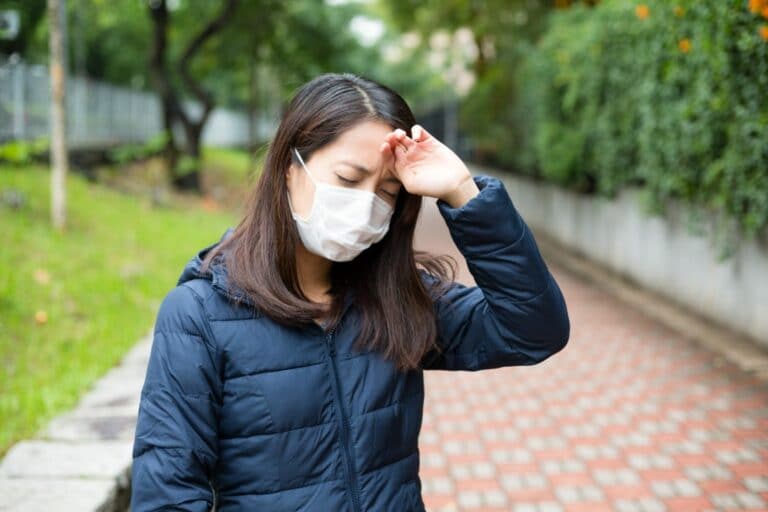 With the arrival of the COVID-19 pandemic, face masks exploded in usage. People who had never worn a face mask in their lives suddenly had to rush to the store and obtain masks in order to keep up with current pandemic health restrictions. But while face masks are a strange novelty and byproduct of the pandemic to many parts of the world, wearing a face mask is nothing new in Japan. While other countries had to handle protests and even… 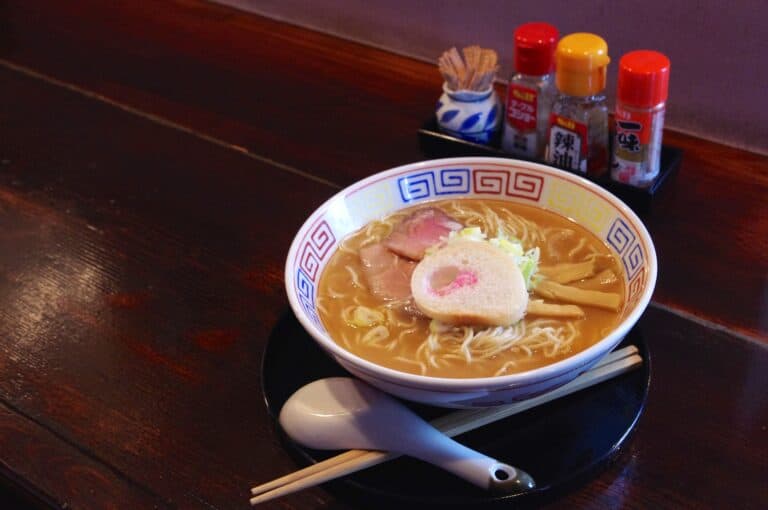 Japanese hospitality, sometimes called omotenashi, is praised as being a step above the rest of the world. With this reputation for elegant respect and ceaseless courtesy, travelers fresh off the plane and hungry for their first authentic bowl of Japanese ramen may be in for a shock.  Lift the curtain and step into any ramen restaurant in Tokyo to be met with a loud symphony of slurping noises as customers happily squelch down their noodles. Your inner etiquette may scream… 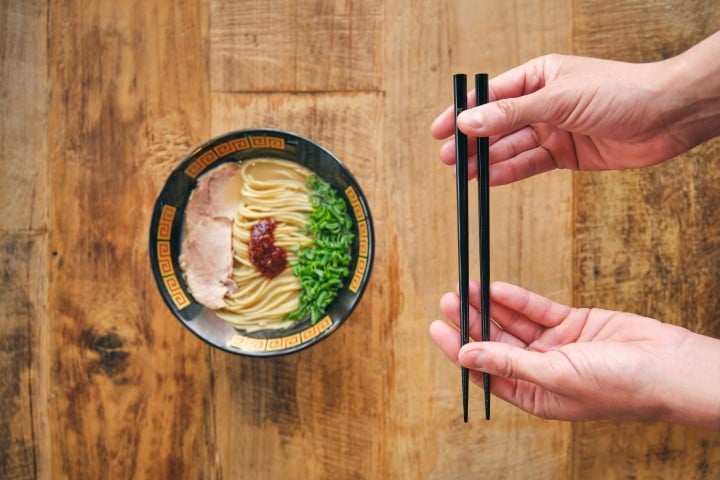 Despite their widespread usage in Asia, chopsticks haven’t taken off in popularity in the same way in Western countries. For those unfamiliar with these sticks used for eating, it may come as a surprise that these deceptively simple-looking tools have a protocol attached to them. While chopstick etiquette and Japanese dining manners as a whole share many similarities with Western table manners, there are unique cultural aspects of chopstick usage in Japan that are important to be aware of. Different…

Whether you are planning a trip to Japan or simply have a love for Japanese culture, you may have noticed that things can be very different on the other side of the world.  It is easy to be washed over by a tsunami of culture shock- so to save yourself embarrassment and stress, it is a good idea to learn what things you should not do while in Japan. The following are tips and cultural advice to help you stand…